We expect an awesome show for the upcoming Oscars, scheduled for February 22, 2015 at the Dolby Theatre in Los Angeles. Not always the night of the Academy Awards was pleasant to follow and more than once proved to be long and boring. But after the good Ellen DeGeneres performance last year, this year it’s going to be legen… wait for it… dary. 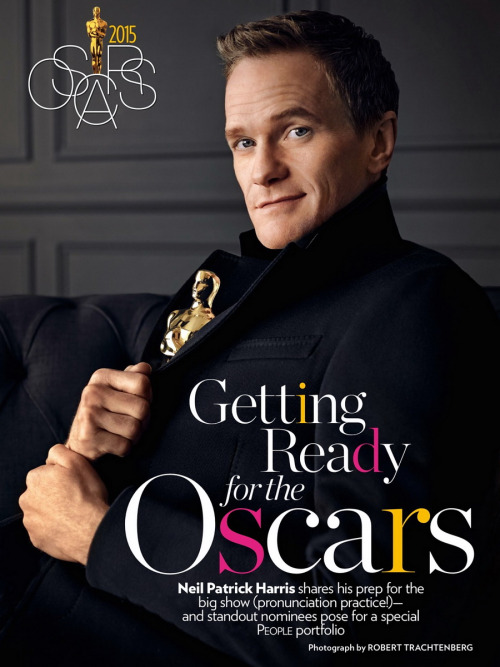 Infact we can expect a bright and fun night, thanks to Neil Patrick Harris as host for the show. Our multi-talented actor, singer, dancer, presenter, magician… and so on and so forth, has already delighted Academy Awards in the past with some of his engaging and spirited performance.

And then let’s be honest, he’s a good conductor, besides, Barney Stinson has been one of the greatest heroes of the American TV. Which How I Met Your Mother fan could deny it?

But let’s take a quick look at this year’s nominees.

In the foreground there’s Richard Linklater’s Boyhood, with his Twelve Year Project, achieved after 12 years of shooting, during which cast and crew came together (from 2002 to the end of 2013) to film scenes every year in order to follow the growth of the characters matched by that of the actors. The film swept the awards at the Golden Globe in 2015, winning in the best drama film, best director and best supporting actress.

However it will not be easy; the film will have to deal with Birdman by Alejandro Gonzalez Inarritu and The Grand Budapest Hotel by Wes Anderson. Same fate probably for the best director, where favorites filmmakers are exactly the ones who shot the three films mentioned. Don’t forget of two fascinating biopics about two genius of science: The Imitation Game by swedish director Morten Tyldum, on Alan Turing life, and The Theory of Everything directed by James Marsh, on Stephen Hawking.

A pleasant surprise might be Whiplash by Damien Chazelle, which tells the exciting challenge between a ruthless music teacher of the Shaffer Conservatory in New York (compared by someone to Sergeant Hartman in Full Metal Jacket) and a 19-year-old talented and stubborn jazz drummer.

A less exciting challenge looms for the Best Actor, also because unfortunately there are some shortcomings such as lack of Matthew McConaughey (Interstellar), Joaquin Phoenix (Inherent Vice) or David Oyelowo (Selma). Will be probably Eddie Redmayne‘s Stephen Hawking (The Theory of Everything) overpowering the opponents in this category.

Even the statuette for best actress seems assigned; we are talking of the beautiful Julianne Moore and her portrayal of Alice Howland in Still Alice. For her, it would be the first-ever Oscar won after 4 nominations went wrong. However there may be a surprise victory for Rosamund Pike (Gone Girl) or Reese Witherspoon (Wild).

And if also for the best supporting actress, Patricia Arquette seems to hover over all (there are Laura Dern, Keira Knightley, Emma Stone and last but not least Meryl Streep), more open will be the challenge for the Best Actor in a Supporting Role, contested between first magnitude actors as JK Simmons, Edward Norton, Ethan Hawke, Robert Duvall and Mark Ruffalo.