It’s not uncommon to see people criticizing or snobbing numerical evaluation systems. Some newspapers decided to cut them wholly off.

Assign a vote, then classify works according to an order that goes from the best to the worst, is maybe an uncomfortable job for both the judge and the judged. However, it’s a responsibility that a critic should bear.

Starico not only uses, but strongly affirms the need of a numerical system of reference. Provided, of course, that this is well thought out and consistent. Starimeter ratings are the Cartesian coordinates that allow to navigate the ocean of reviews. Are a map, a compass, not a ship, not a navigator. Nevertheless the most experienced navigator can’t do his job without the proper instrumentation.

Starimeter is a numeric counter that measures quality and importance of an album, a movie or a game; is composed by a series of parameters related and grouped into classes, to which is assigned a rating from 2 to 10.

Stariscore is the overall score, from 20 to 100 and indicates the average grade of all Starimeter classes. If score average is 7.2, Stariscore will be 72, and so on. 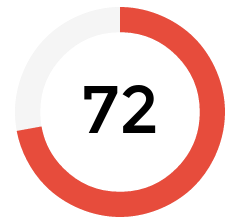 In certain cases, where it’s impossible to decompose a job in multiple classes (such as a piece of instrumental music), Stariscore will be the mirror of a single class taken into account, always with a score from 20 to 100.

Each class of parameters, called Starimeter, differs according to the type of the review. Here’s all classes and relative parameters evaluated for each type:

An instrumental album, obviously, will contain only the first class. Special cases are the compilations, judged for quality and overall homogeneity.

There are some special cases in which a film should not include one or more classes in order to convey his artistic message, such as a documentary or a silent film. In these cases, the classes will be simply omitted, the remaining classes will remain valid for calculation of Stariscore.

There are some instances where a game shouldn’t necessarily include all classes, is the case of some indie or old games. In these cases the class is omitted, other classes still remain valid for calculation of Stariscore.

Astute readers will notice that setting the screenplay as foundational class, will have repercussions on some overall ratings. The reasons that led to choose this unique rating system, are detailed in the article “How to evaluate video games“.